The Trailer Launched Of 'Mental Hai Kya' Was Cancelled

The Ekta Kapoor’s film ‘Mental Hai Kya’ starring Kangana Ranaut and Rajkummar Rao’s trailer launch was postponed by the censor board due to various reasons.

As NGO’s were giving complaint regarding this film in which “The word Mental they were using to make fun for mental peoples” said by NGO’S authorities. The NGO’s were thinking whether they show any wrong in this film currently the controversy session is going on.

Due to this the Censor Board Of India were not providing any certification so the film has been postponed to later date. Though everything was ready earlier cutting a portion of the film and making a trailer but unfortunately they got the notice from the Censor Board for postponed.

On March 4th 2018, Ekta Kapoor revealed two posters of the film on Twitter and that poster depicting the a cross-eyed Ranaut and Rao holding up his middle fingers to his eyes.

Similarly on On 11 October 2018, the producers released a new poster which is a composite of the original two posters of a cross-eyed Ranaut and Rao holding up his middle fingers to reveal the film’s release date. Finally they changed the release date to 26 July 2019 decided by Balaji Motion Pictures on 7th May 2019.

The two actors were last seen in the sleeper hit Queen. In this film their new looks show the pair screaming their lungs out. The producer Ekta Kapoor says “This film celebrates the beauty which in term imperfections and in being different and shouts out and the sanity is overrated. I’m really very much thrilled to work with Kangana and Raj on this one”. 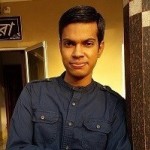