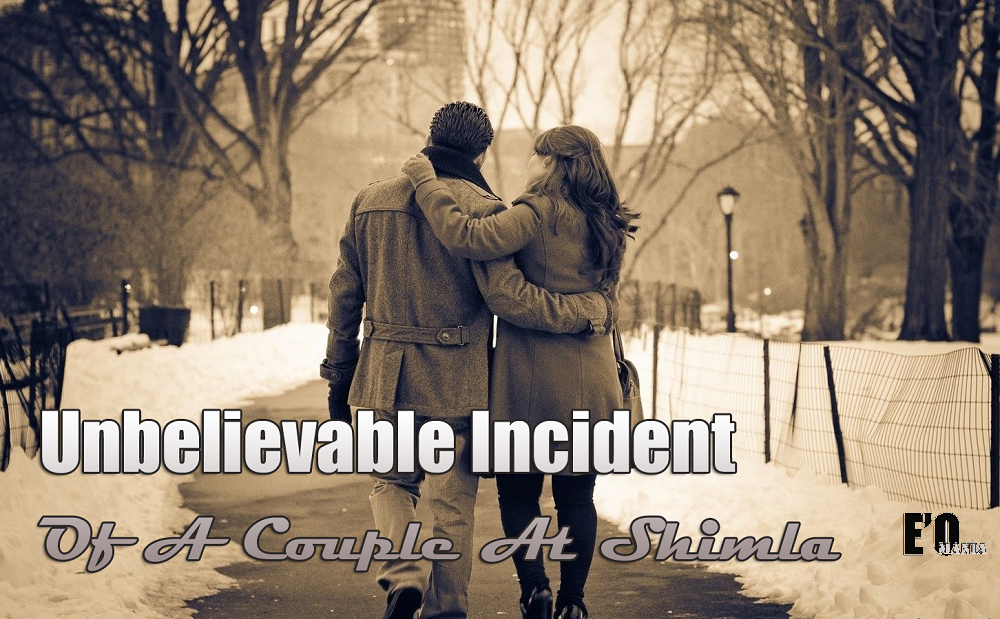 This is a story of Kunal and Shweta who planned to visit Shimla for honeymoon after their marriage.In their profession, Kunal is civil engineer and Shweta works as a principal of D.A.V school. Once when Shweta came home and parking the car in their flat, suddenly postman came and give a letter to Shweta. Shweta opens the letter and find their flight tickets for Shimla as what they were planning to visit, Shweta get shocked and try to find who is sending this letter but that letter doesn’t contain any name of sender.

When Kunal arrived home in the evening, Shweta says “Today I have one surprise for you”. Kunal “What is that?”.Shweta “Someone send me a flight ticket along with hotel booking to visit Shimla”.Kunal replied “No this is not good without knowing the person I don’t think to visit there”. Shweta “Why we need to worry about that person we got the tickets free of cost think about that”.In this way Shweta convice Kunal to visit Shimla.

The day was 21st June 2017, Kunal and Shweta visit the place and though it’s is a farm house name “Shiney Villa”. Shweta feels and say “I think I had visited this place earlier”. Kunal keep on joking and says “So you have already married with someone else?”.Shweta “Stop it ok leave it”. After taking rest they both visited the nearby places from their resort. There was one care taker named Golu who came and served foods during nights. Kunal asked “Where is your owner Mr. Shiney?”.Golu says “He was died accidentally around past 5 years ago and madam his girlfriend looks same as you”. Shweta says “What the nonsense?Have you gone mad?”. Kunal “Leave it Shweta he was already mad”.

During their sleep at night Shweta get some sound, she woke up and find anyone is there or not. Suddenly she find one man and ask “Who is there?”, “Are you listening to me who is there?”. In this way she came close to that man.When the man turned his face it looks horrible and says Shweta “You promised me we will die together why you left me alone?”. Shweta gets stucked into her mind and run away from that place and came to Kunal. Shweta says “Shiney is back who is the owner of this farm house 5 years ago we were in love but our parents didn’t accept our relationship due to other caste, so finally me and Shiney were planned to die together but we both jumped from the roof of this resort Shiney fall on the ground and died where I fall on the swimming pool though I lost my past memory but someone take me to the hospital”.

Kunal “Ok don’t worry let’s see what we can do”.Kunal visited and ask one of the priest “What is the solution for this and how we can overcome from this problem?”.Priest replied “There are something in that house which connect Shiney and Shweta you need to destroy that thing then you can overcome from this situation”.Kunal visited farm house and started his searching where the ghost of Shiney keeps attack on Kunal, suddenly Kunal gets a ear ring which was gifted by Shiney to Shweta around a years ago. He destroys that ring, the ghost of Shiney gone and he find the Shweta in normal stage.On the next day they both were planned to leave that place.