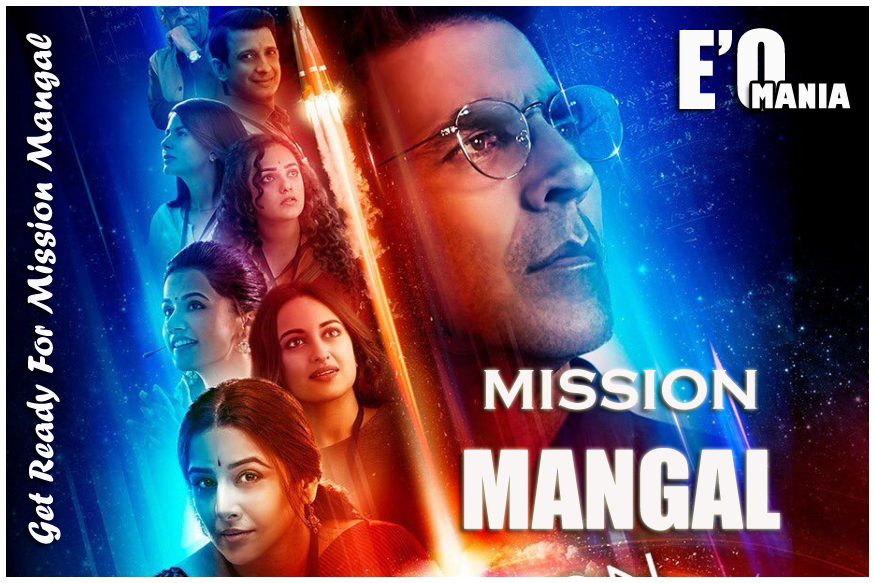 Mission Mangal is an upcoming Bollywood films based on science-fiction & drama directed by Jagan Shakti. On 5th November 2013, the Mars Mission was launched and Mangal Mission was announced. Mr. Shakti has initially set his mind, the role of Mohanlal and Sridevi will be played by Akshay Kumar and Vidya Balan.

The first song in this film was titled “Dil Mein Mars Hai” was on released on this Thursday. This song composed by Amit Trivedi with a catchy lyrics by Amitabh Bhattacharya. But the most part of this song was sung by Benny Dayal and Vibha Saraf.

India has taken the most historic steps to launch it’s second mission Chandrayaan 2 though the Indian cinema has chosen long to remain shy of the space as well as the science-fiction genre.

The story has been based on the true events of the Indian Space Research Organization (ISRO) which successfully launch the Mars Orbiter Mission whic make least expensive mission to Mars.

During the trailer launch of Mission Mangal which inspired hundred of memes. Now the Mumbai police has joined the meme madness. Akshay Kumar as a producer of this film knows the math and he is also become careful for selecting the release date as 15th August 2019. However this film has been release in John Abraham’s Batla House. Even if you remember, Akshay and John had clashed at the box office along with Gold and Satyameva Jayate on the same date.

Choose your favorite theater the show coupons shall started soon on BookMyShow, Paytm.