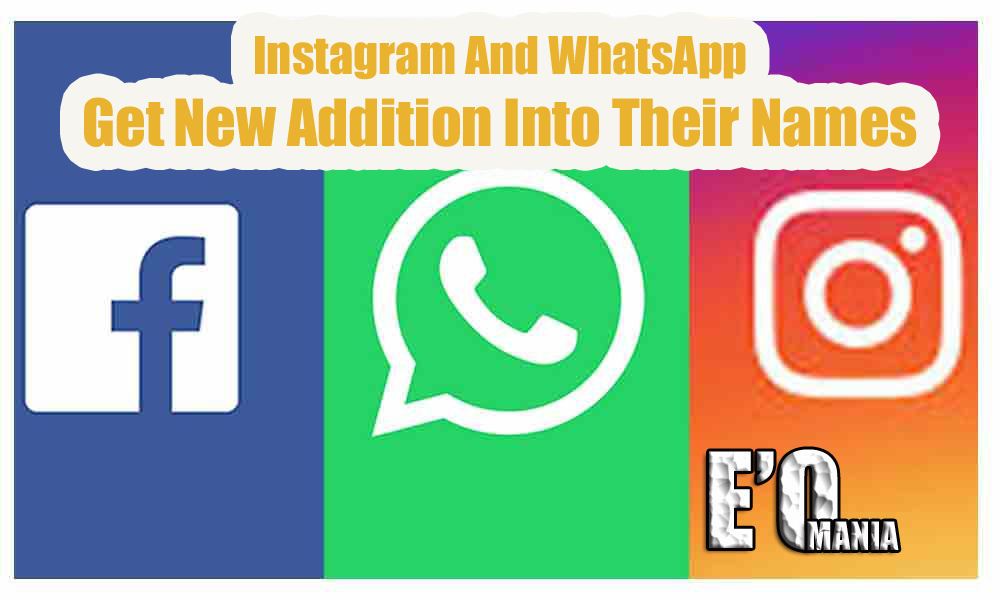 This moves comes as the world largest social media company faces a greater scrutiny from their regulators around the world for getting more transparency over the data privacy practices.

The new titles will appear in the title for both the apps in the Apple’s App store and Google Play. So on your device home screen, the name for each will fortunately remains the same.Though it is very likely that you will see “From Facebook” on the splash screens for both apps.

As it is not immediately visible to users “Instagram from Facebook” can be seen a few clicks which is away at the bottom of the settings page in the Instagram app on some iOS devices.

Mark Zukerberg has already unveiled his grand vision of a connected (end-to-end encrypted) messaging system between Facebook, Instagram and WhatsApp.