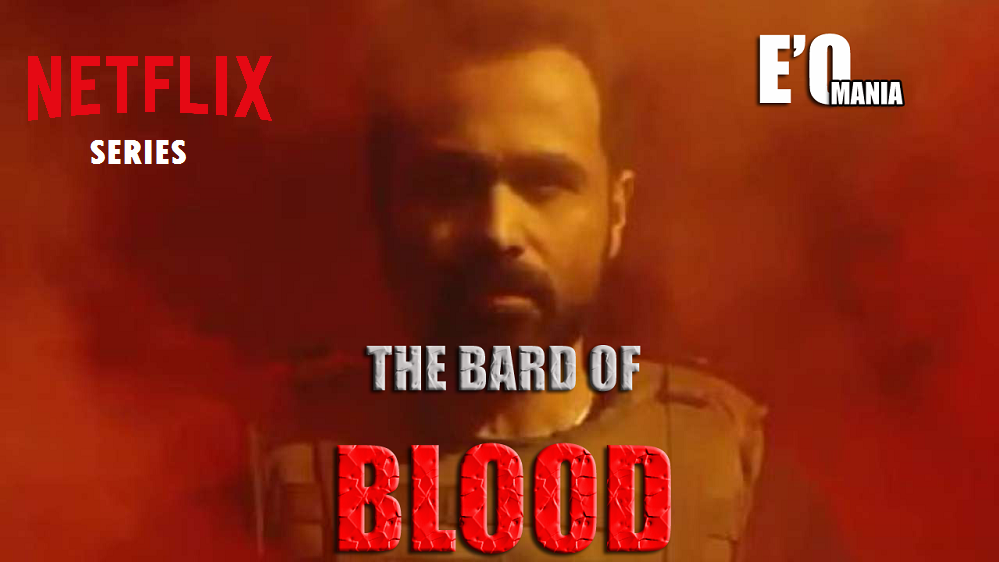 In this web series you will see Emraan Hashmi being requested to come out of retirement in order to help rescue a group of Indian spies who have been captured in Pakistan. Emraan Hashmi later teams up with Sobhita Dhulipala and also with Vineet Kumar to rescue the spies even dealing with the past.

Bard Of Blood has been produced by Shahrukh Khan and Gauri Khan. Teasing Emraan Hashmi he stated that Bard Of Blood will help him transform his image from serial kisser to a serial killer.

Now these days Emraan Hashmi seen less frequently on the big screen. He even stated his reason being that he wants to play some diverse set of roles now, therefore he also become careful when accepting scripts. The trailer of this series was recently launched and the fans starts getting impressed.

Though there has been lot into making of the posters of that fits for a thriller kind of movie and this series yet to be release on September 27, 2019 on Netflix where you can find the Emraan Hashmi who plays Kabir Anand in the show that opens up on the making of the posters in a video released by Netflix India.

As it has been observed that the first poster looks extremely interesting as the trailer of the eight-episodes series which is based on Bilal Siddiqi’s novel of the same name.