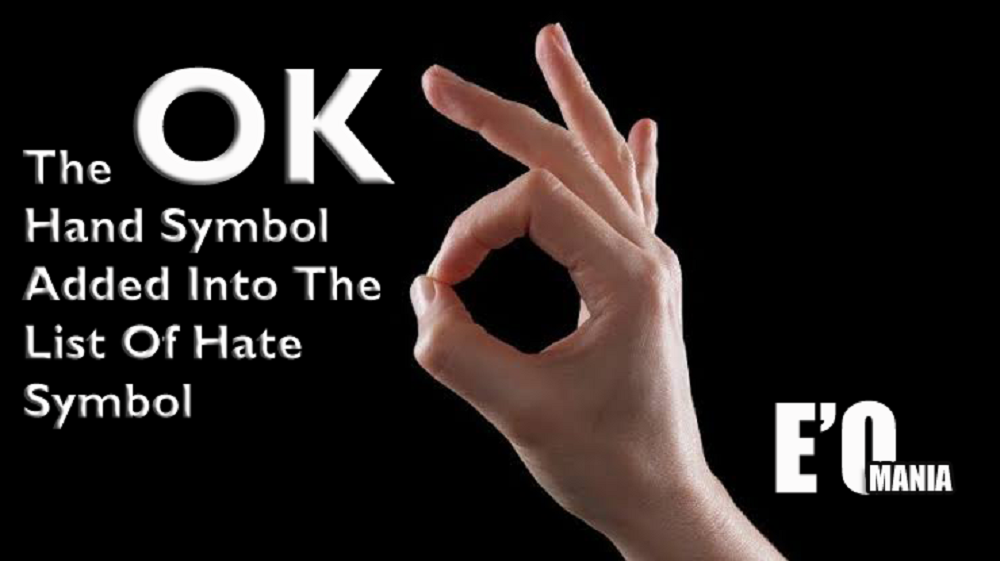 Everyone knows the symbol finger with thumb gesture which is already very popular emoji and has already been used as “the sincere of expression along with white supremacy”.

According to the US ani-hate group, the overwhelming usage of the hand gesture today is still shows the approval or many of them used it as OK.

There are some other symbols which is to be included in the list by burning neo-Nazi symbols, let’s say for “Happy Merchant” and also the most popular slogan “Diversity equals to White Genocide”.

As per Anti-Defamation League which already started is “Hate on Display” list since 2000 that aims to help people in terms of recognise signs of extremism.

But we always trust on the law enforcement and the public needs which is to be fully informed about the meaning of those images that can serve as the first warning sign to the presence of haters in some community or in schools.

Though someone who uses that symbol cannot be assumed of using that symbol whether it will be on trolling or a white supremacist context.