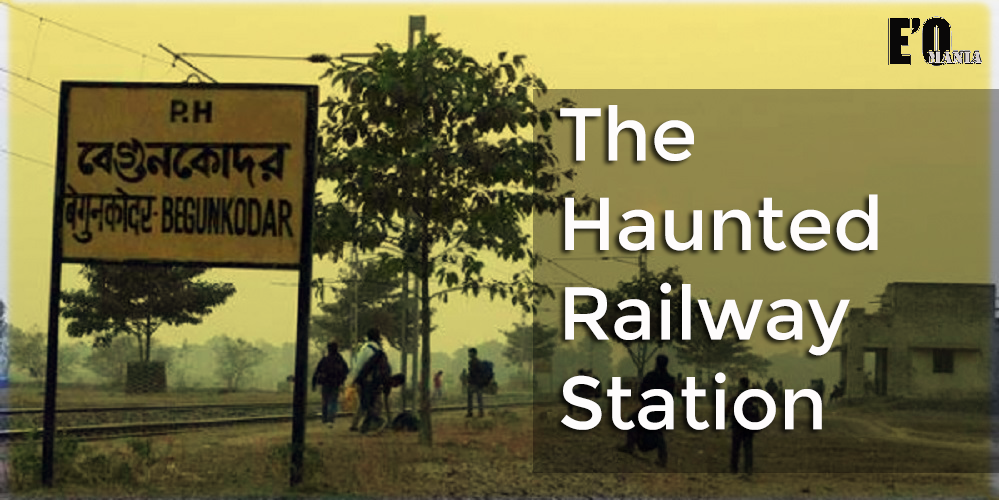 Begunkodor, which is a railway station of Ranchi railway division where it serve the nearby area of Jhalda town in district of Purulia, West Bengal, India. When anyone heard the name “Begunkodor” it becomes scary since past 40-50 years.

A research team from Kolkata visited Begunkodor around 2009. Rahul- a paranormal expert, Simran-video maker, Harry-paranormal investigator. They were planned to stay at night in order to find the presence of ghost.

The time was around 08:30PM, Simran tries to call her mother but the phone was unreachable. Almost the same thing happen with them as what they heard about this place. After 5:00 PM none of the train stop at the station and also she talked with her mother somewhere around 03:00 PM.

Simran gets scared and say “Hey guys we have to leave this place immediately”. Rahul “This is not a game Simran we came here to find something else our research doesn’t valuable”.

The time was around 6:00AM, they plan to left the place but within this investigation they reported “As we doesn’t seen or detect any presence of ghost but there is something which makes you feel uncomfortable”.

Note:This place known as one of the haunted railway station in India after the murder of station master and his wife who found dead. Many incidents were happened at this place and none of the trains stop at this station around 40 years. But when Mamata Banerjee becomes the CM of West Bengal, she tries to find some possibilities none of the train stopped after 05:00PM. According to many paranormal expert team- Whether or not but there is presence of something.