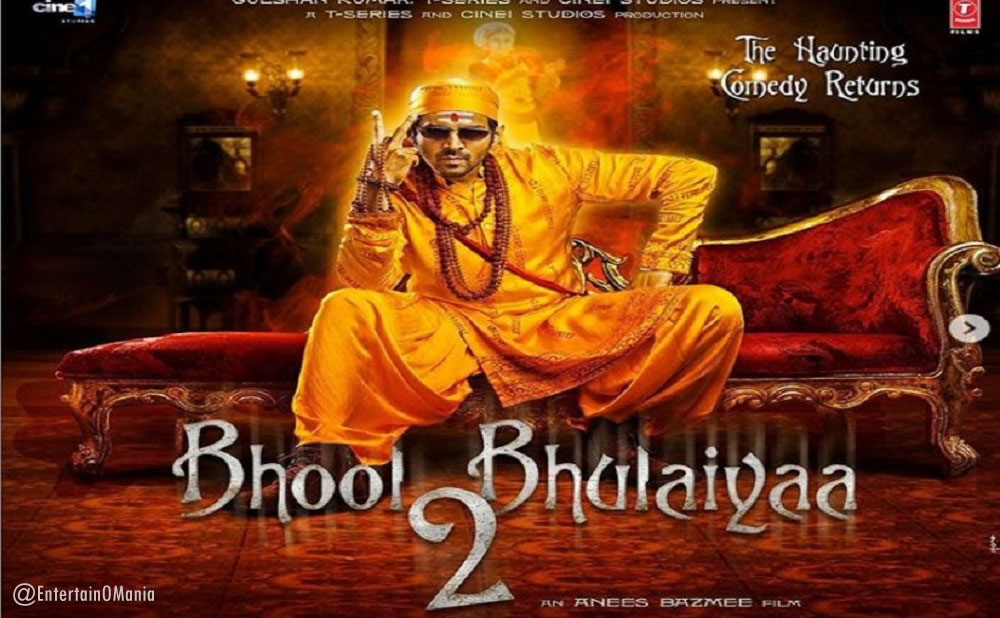 Bhool Bhulaiyaa 2 which is an upcoming Indian psychological horror film directed by Anees Bazmee. This film is one of the standalone sequel of the most popular film Bhool Bhulaiyaa released on 2007 remake of the 1993 Malayalam hit film Manichitrathazhu .

The plot of this new film would be more on the horror side revealed by the director & it doesn’t take off where the first part ended. In this film lead roles played by Kartik Aaryan, Kiara Advani & Tabu where in the first part Akshay Kumar, Vidya balan, Shiney Ahuja, Amisha Patel & Paresh Rawal played the lead roles and were enjoyed a massive commercial & critical reception.

By talking about the plot Anees Bazmee told unlike Bhool Bhulaiyaa which had psychological twist, Bhool Bhulaaiya 2 completely horror movie with new cast & this film based on sprawling haveli with several pathways. This film expected to release on July 31, 2020.