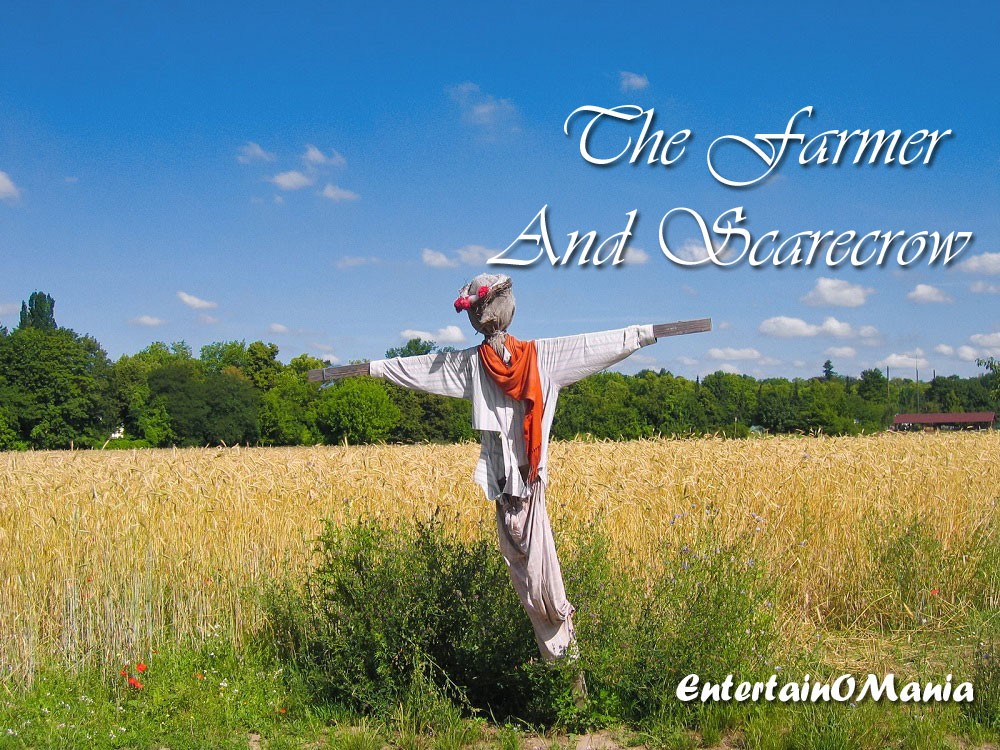 Once a farmer named Ramu and his friends when they return home in the evening, used to do some kind of nonsense with scarecrow. For them, scarecrow is like a fellow human being.

Ramu having two daughters Sila and Laila, both went for a school in a town by bus due to his good earning through his farmings. Once they went for a school but return took very late, Ramu’s wife asked him “Now it’s 6:00PM still our daughters were not arrived home“. Ramu moved shockingly here and there at night, searching her daughters. At the exit point of village, they find Laila and Sila came by walking. Ramu asked “What about your bus?”. They replied “Our bus took an accident all are dead only we are saved by one joker kind of man even he also told us he knows you”. Ramu return back to home and thinking about the man who saved their daughter’s life. From that day, every farmer’s family when they were in trouble saved by joker man.

All the farmers gets shocked and searching for the joker man. One night, they heard a sound “Why you are searching me I am already in your village who known as jokerman”. Every villager came out and find a sound came from scarecrow.

Calling a team of investigation and searching for any technology used but unable to find it.

Around 20 yrs back, there was a man with ‘short height’ or ‘dwarf’. Everyone makes fun of him and he took suicide one day. The village head or panchayat buried his body in the village. Though little man having only a mother who also passed after two months of his deaths.

Ramu and other villagers started doing worship near the scarecrow so that his life will be rest in peace.

Note: The little man doesn’t get value from his village but he still protect the villager’s crop by scarecrow and also if anyone from the village having any trouble like Ramu’s daughter bus accident. When villagers understand though he wasn’t alive at the moment but becomes a god for them.