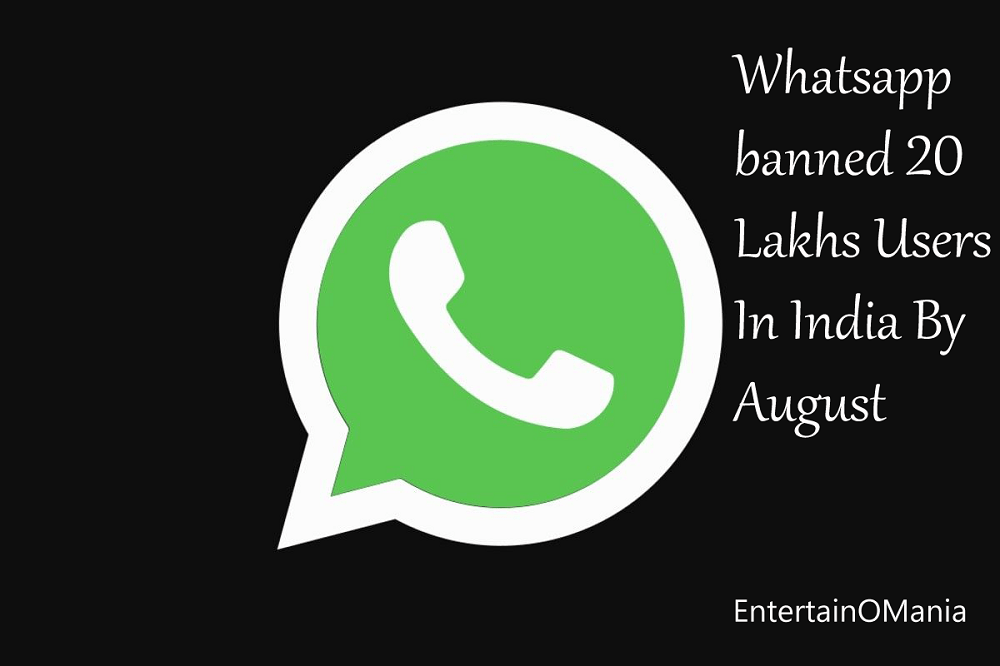 As per the compliance report, it has been revealed that Whatsapp the largest messaging app has banned over 20 laks of users around India by August.

It has got 420 grievance report and the Indian account identified through +91 phone number. One of the primary reason of those banned accounts tooks place due to unauthorized use of automated or bulk messages.

WhatsApp taken action against the violating accounts as per the reports and also complaints received through the grievances channels.

This ban is essential as many people asking for loans or other kind of funding activities which are generally illegal. Whatsapp being the largest messaging it also maintains privacy and security.