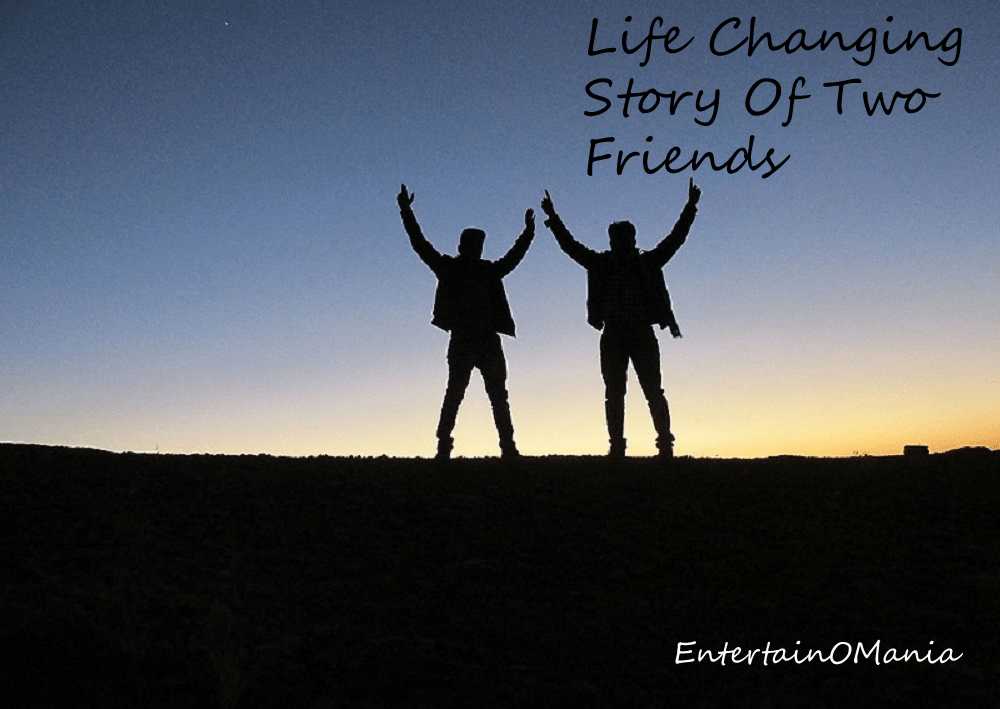 A life changing tale of two friends belongs from the same society, Rajiv belongs from a good class family while Pranab from a lower middle class.

Though they belong from same locality, both grew up by playing with each other. After 12th std. Rajiv planned to move for higher studies but Pranab family condition was not stable so he decided to quit study.

When Rajiv’s father heard about Pranab wants to quit his study due to his family condition. He immediately gone to his home and ask his parents “How much money they need for his studies?”. Pranab’s father replied “Leave it, everyone in our family after passing 10th or 12th they generally move to farming or some small kind of business”.

Rajiv’s father keeps smiling and said “If this the situation please allow me once I will prove Pranab one of the best one”.

Rajiv’s father helps Pranab to take admission at the same college where Rajiv does. Though being good college, everyone is on same track but for Pranab this is the only chance which will never back again. Pranab only knows how to get success. On the other hand, Rajiv same as normal track meeting with friends even he failed in few subjects.

The day when companies came for placements, Pranab having the confidence to crack it and he did it but Rajiv get placed in some medium size organization.

Pranab’s parents came to Rajiv’s father and said “If you were not then we obviously on a wrong track for our children. Thanks for showing the path.”

Moral: It is not necessary to pay for others but can show them right track. If you help others sometimes, they think you as a God whereas many other only take the advantage of you to be on right track but if they have wrong way of thinking, they always will be on a wrong track.